If I get any further behind I'm going to lap myself...

As usual, I'm playing catch-up here.  (How did it get to be this far into April already?!?)

First I'll share the paltry bits I got done for the RSC's April color - blue in lights and brights. 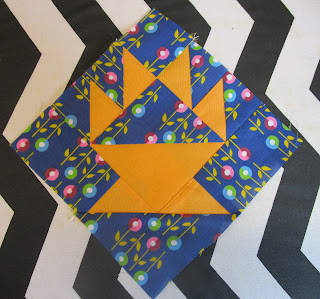 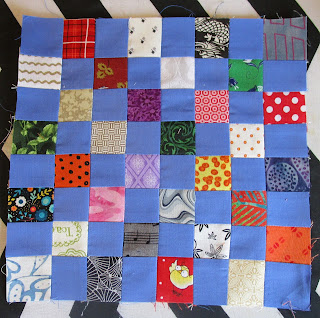 Pretty underwhelming, right?  I've got several Antique Tile blocks cut out but not sewn together yet, so hopefully I'll be able to have some to show off before the end of the month.
The only real production has been in the Glitter department.  I finished these eight in late March, 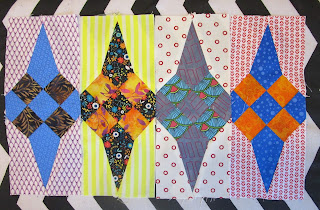 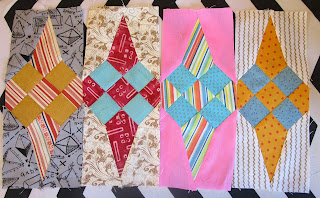 and did these in the first half of April. 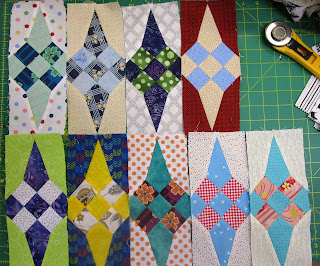 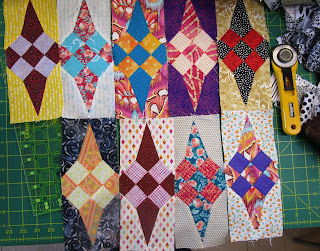 (The pictures are definitely better when I don't try to squeeze so many blocks into one photo...) 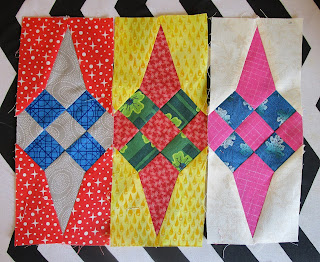 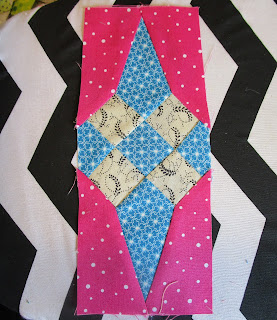 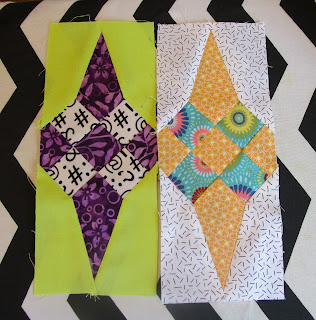 Whew!  I think (I think!) I have 120 done out of the 152 I need.  (I get a different total every time I count, so I'm just going to keep making blocks and counting once in a while until I get a count of 152 or over) (at least twice)  There are about a dozen or so blocks kitted up next to the sewing machine, so the end of cutting is close on the horizon.  If I can stay on task, I'll get this quilt top done in no time.
But all work and no play, and all that...
Somehow, this happened - 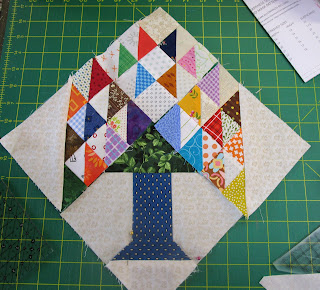 Linking with SoScrappy for ScrapHappy Saturday (late as usual!) and with Quilting is more fun than Housework for Oh Scrap!  Come see all the fun!

One down, one to go

I even got a sticker! 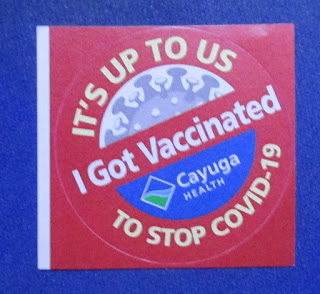