I could have sworn I'd posted something this month...

Apparently that's not the case at all.  I wonder what happened to all those posts I wrote in my head?

Anyway.  Remember when I had that squirrel running through?  Well, it made another pass.  The diamonds that I'd made and set aside kept catching my eye.  I liked them, but I really wanted more purple.  I started scrumbling around in my 1.5" strip bin and pulled some colors. 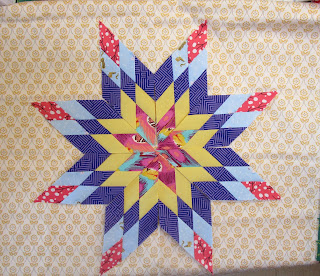 I like this one a whole lot better.
And since those previous diamonds were just lying around taking up space, I set them around the new star just to see what would happen.  (The lime isn't quite that limey in real life, but it is a bit bright) 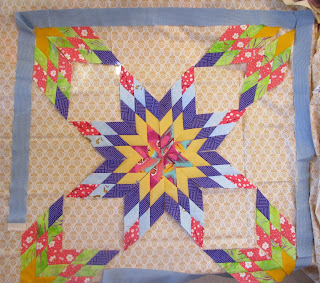 And then, because I've never been one to let well enough alone, I pulled some fabrics to audition for borders. 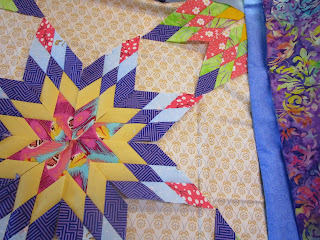 Then I had to pick it all up and hide it from myself because I'm trying to work on this: 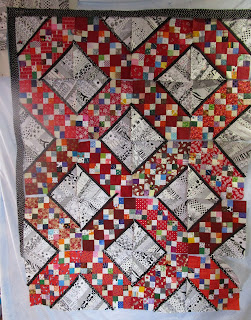 (That's the first 20 blocks done.  I'm actually up to 26 done now, with the red lozenge parts done on seven more)  (Remember that part about writing posts in my head?  Apparently I'm also taking pictures in my head)
And then, because I can never let well enough alone (see above), I had an idea for borders that I had to try. 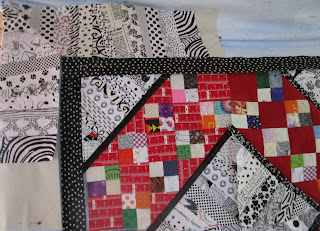 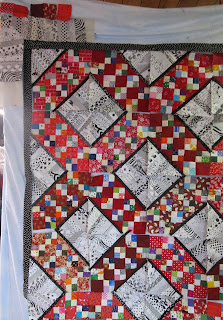 Running those stringy bits all the way around the perimeter of the quilt is generating an awful lot of extra work for myself, but once I saw the effect I was a goner.  Right now I'm thinking of sewing together red squares for an outer border, then binding in either red or black.  Or maybe I'll just take an easier way out and run another of those narrow black borders instead of the squares.